Ubuntu 20.04 has been released for some weeks, today I gave it a try. Everything seemed to work correctly but I could not install GIMP. That was bad, I use GIMP a lot. After some attempts, I finally managed to install GIMP on Ubuntu 20.04. 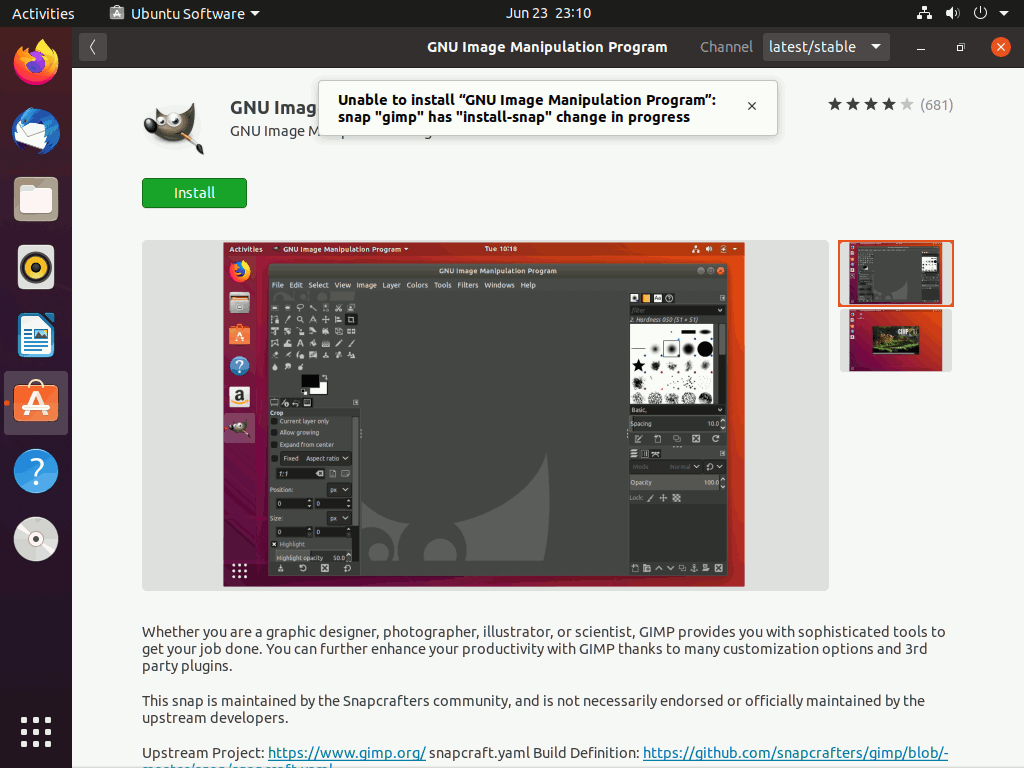 So, I installed Synaptic Package Manager, which can be found in Ubuntu Software Center. 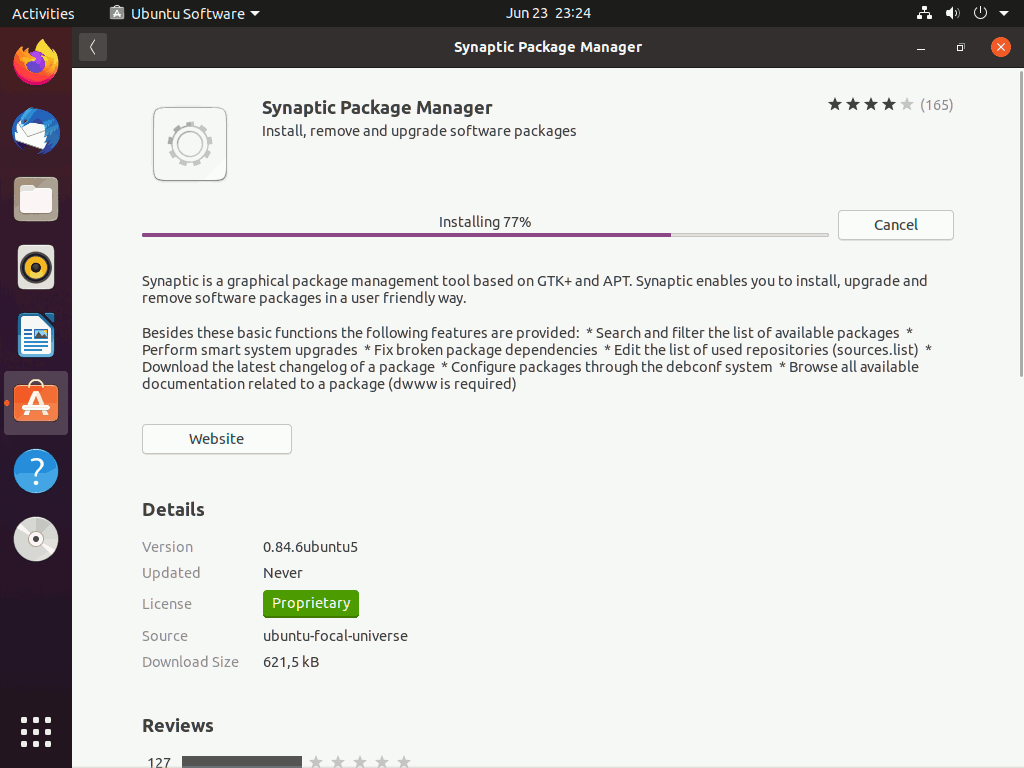 After providing my root password, the Synaptic Package Manager started and I got a Quick Introduction. 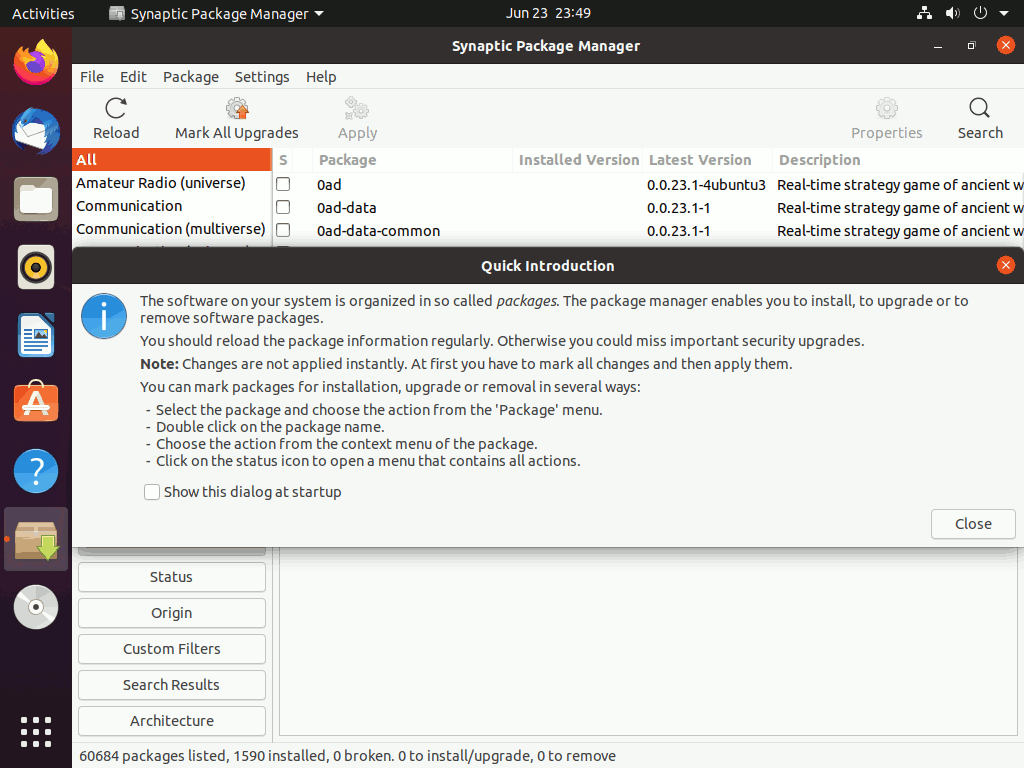 Synaptic Package Manager showed a list of thousands packages. I used Ctrl+F shortcut to open the Find dialog box and typed “gimp“, so it only showed the items that were related with gimp. 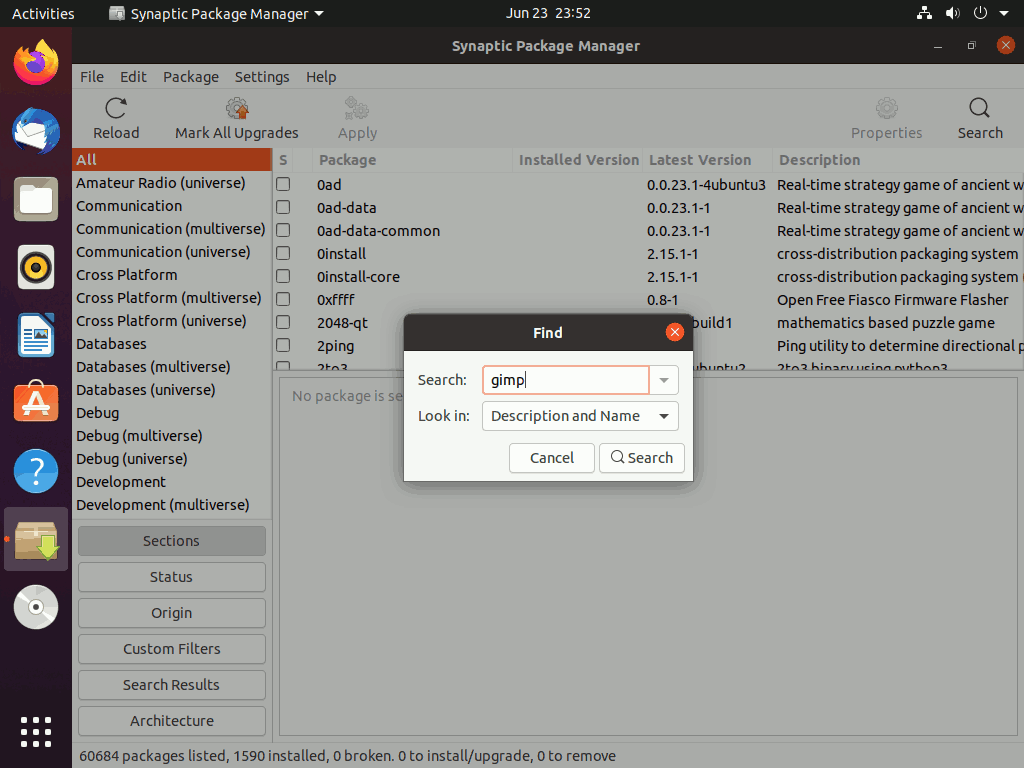 Scrolled down until I saw “gimp“, right clicked on it and selected “Mark for Installation“. 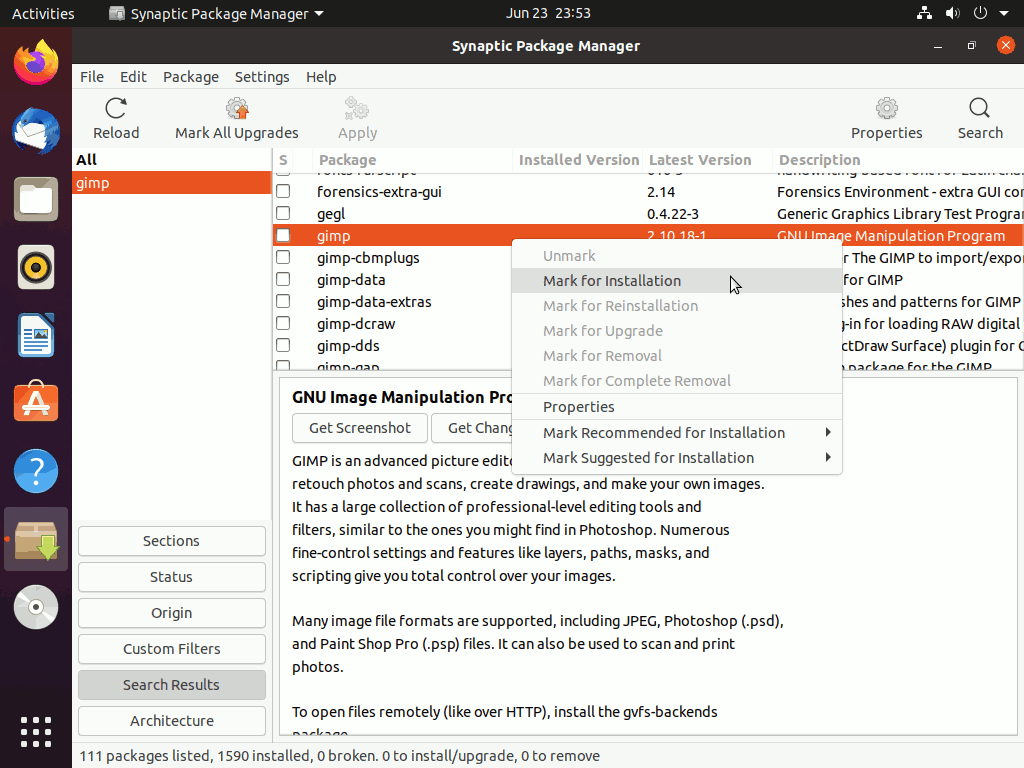 To be able to install GIMP, many packages were needed. Synaptic Package Manager showed me a list of all the required packages. 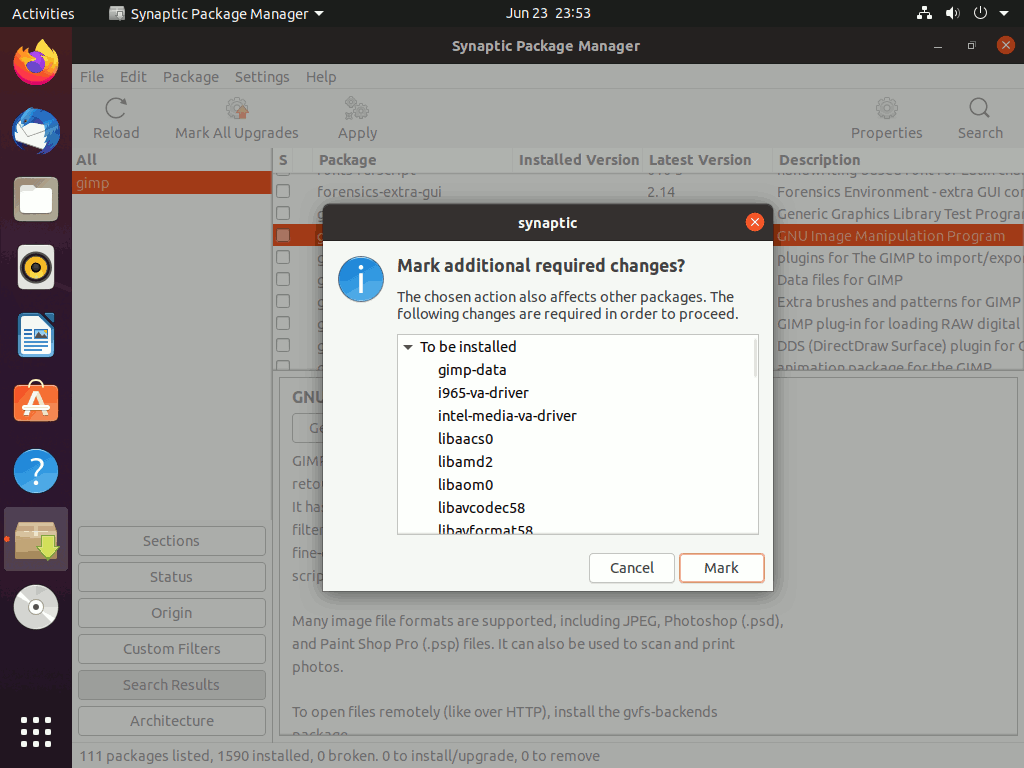 I could see those packages were checked. I clicked the “Apply” button to start the installation process. 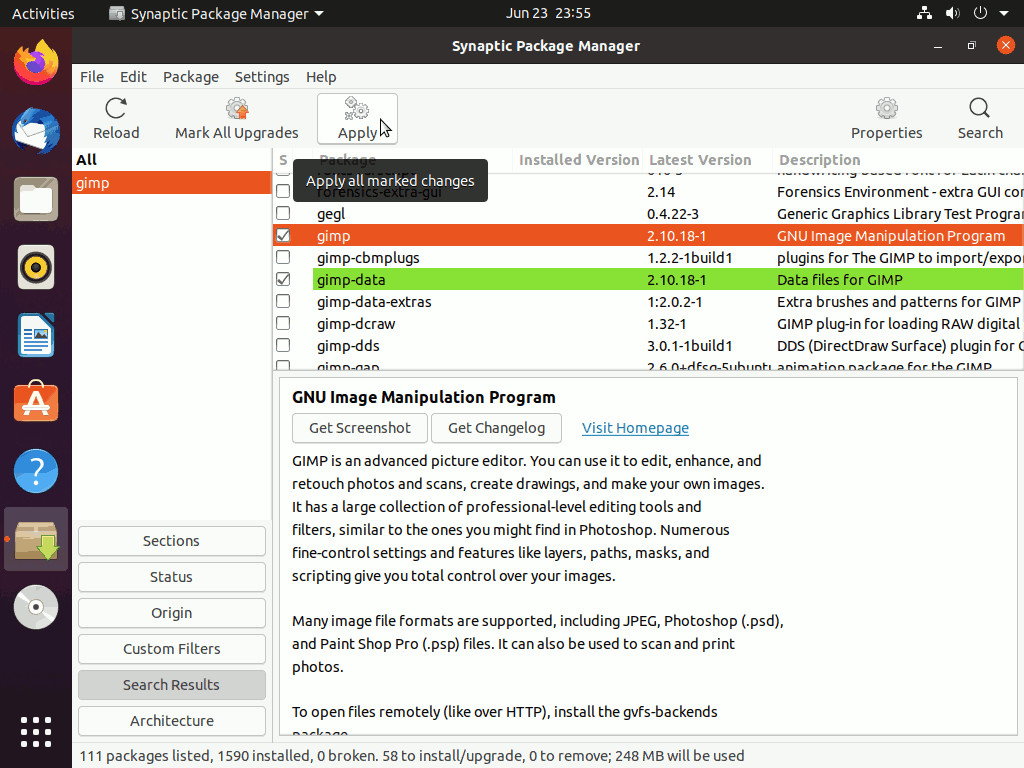 Waited for some minutes until it told me “Changes applied”. 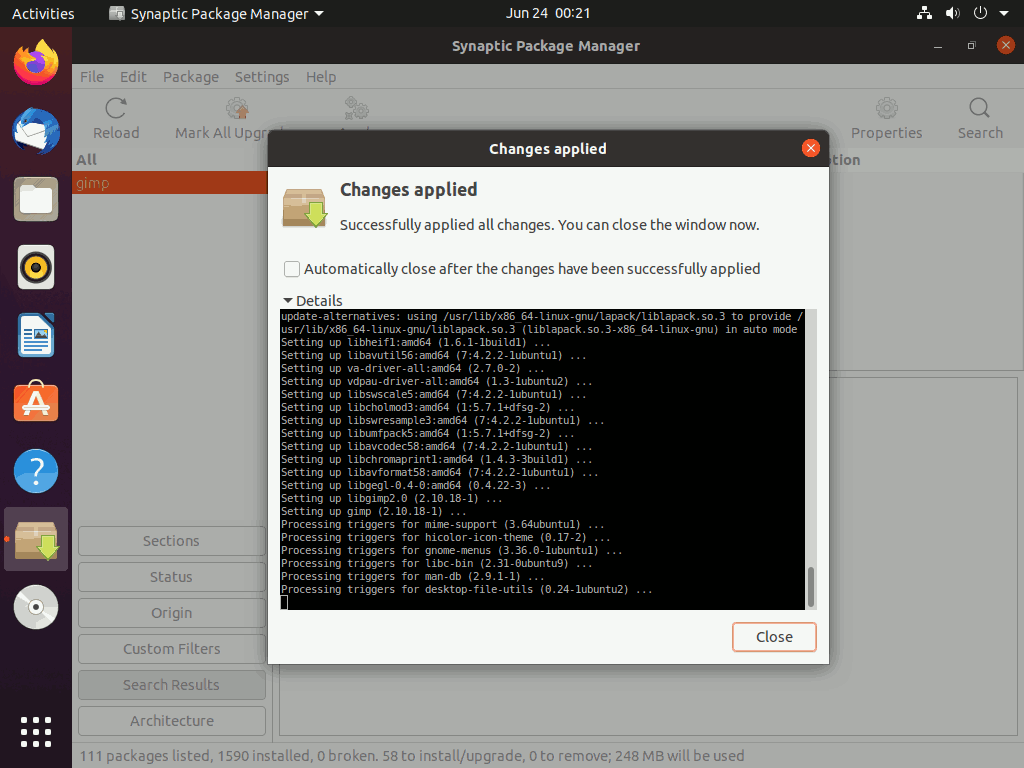 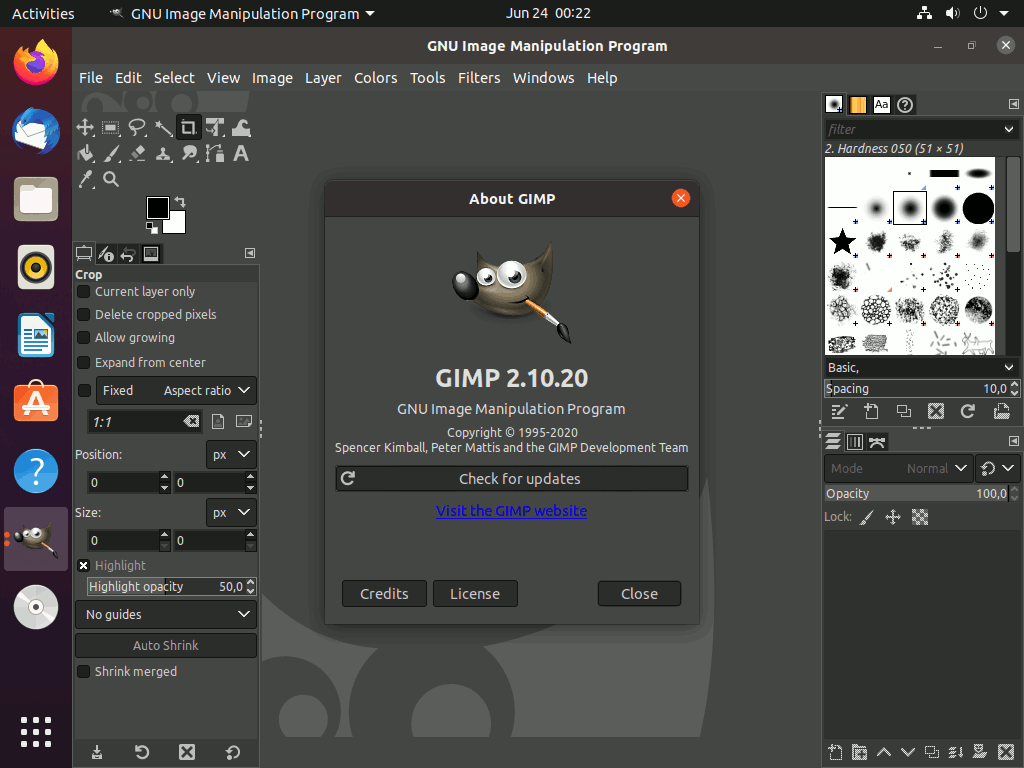